Ready for an inspiring Summer cruise? 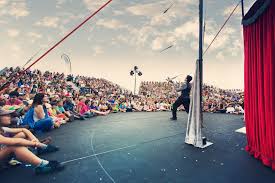 It’s Street Art time again!!! On the May 11th the beautiful town Puerto de la Cruz is opening its doors for the yearly International Street Art Festival in Tenerife!

For 4 days painting, music and acting are the subjects and main themes which will be filling the streets from morning up until night time!

So all of you who don’t want to miss out on this spectacular event with typical Spanish joyful mentality should pack their bags to spent the weekend in between the colourful alleys!

Ready for an inspiring summer cruise?

Read more
We use cookies to offer you an optimal surfing experience. Please read our Privacy Statement for more informations.
Accept